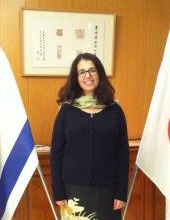 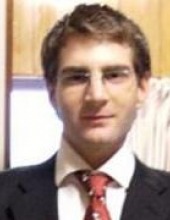 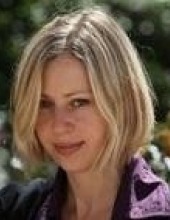 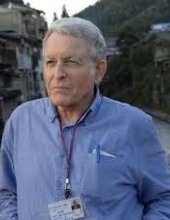 Department of Asian Studies
Ph.D. University of California, Berkeley. Awardee of an Imperial Decoration of the Order of the Rising Sun. Honorary President, the Israel Association of Japanese Studies (2015-2018)
harari.ehud@gmail.com

Postdoctoral Fellow
I research two worldwide well known atrocities in the WWII, the Holocaust and the atomic bombings in Japan. 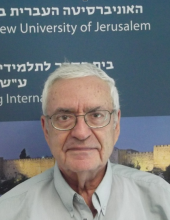 Prof. Meron Medzini teaches modern Japanese history in the Department of Asian Studies of the Hebrew University of Jerusalem.

Read More
He also teaches Israeli foreign policy at the Rothberg International School of the Hebrew University. His Ph.D dissertation (Harvard East Asia Monograph no. 41, 1971) dealt with FrancoJapanese relations during the era of the end of the Tokugawa regime and early Meiji. His book Golda-A Political Biography (Tel Aviv, Yedioth Books) won the Prime Minister's Prize for 2010. He has published a book on Japanese Militarism (Tel Aviv, Ministry of Defense, 2005) and on Japan and the Jews During the Holocaust (Modan, 2008) in addition to fifty articles in scholarly publications in Israel and abroad dealing with Israel's foreign relations, Israeli Information and Communication Policies, Israel and the Asian nations and specifically Israel and China and Japan. His current research deals with Jewish communities in East and South East Asia.
Read Less 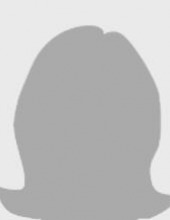 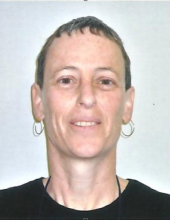 BA and MA from the Hebrew University in Jerusalem, East Asian Studies Department.

Studied in Waseda University in Tokyo during the years 1984-1986 as a scholarship student of the Japanese Government. 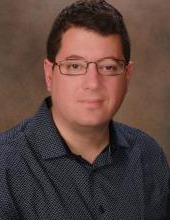 Read More
A graduate of Harvard University, he specializes in the study of coups d'etat, political assassinations and military disobedience. His last two books are The Plots against Hitler (Houghton Mifflin Harcourt), a study of the anti-Nazi resistance in the German army, and Curse on this Country: The Rebellious Army of Imperial Japan (Cornell University Press), on the culture of insubordination in the Japanese Imperial Army and the roots of the Pacific War. Currently, he is studying military adventurism in the East Asian sphere in the late 19th and early 20th centuries. He was also writing regularly for the media in Hebrew and in English on issues of military and political significance. His writing can be followed in his academia.edu page, in his blog, The Owl, and in his Amazon author page.
Read Less 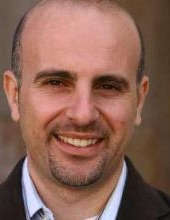 Dr. Nissim Otmazgin is a Senior Lecturer in the Department of Asian Studies, and a Research Fellow at the Harry S. Truman Research Institute for the Advancement of Peace.

Read More
His PhD dissertation (Kyoto University, 2007), which examines the export of Japan’s popular culture to Asia, won the Iue Asia Pacific Research Prize in October 2007 for outstanding dissertation on society and culture in Asia. As a part of this research, he conducted extensive fieldwork in Hong Kong, Singapore, Shanghai, Bangkok, and Seoul. His research interests include Japanese popular culture in Asia, popular culture and regionalization in East and Southeast Asia, Japan-Southeast Asian relations, and cultural industry and cultural policy in Japan and South Korea.
Read Less 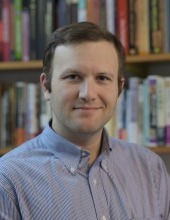 Dan Sherer is a historian of Pre-Modern Japan, with a focus on the Sengoku period (roughly the 15th and 16th century). His research interests are primarily how smaller political entities of the time functioned and how they interacted with the powerful warrior regimes that ruled and fought over Japan at the time. A graduate of the University of Southern California, Dr. Sherer has been a researcher at the Tokyo University Historiographical Institute and a visiting fellow at the Kyoto Institute, Library and Archives (KILA).

Read More
Dr. Sherer current project focuses on how the Kyoto temples of the Nichiren Buddhist sect survived the turbulent 16th century. This project utilizes the documents left behind by the Council of Head Temples, a governing body that allowed them to negotiate with the imperial court and powerful warriors as a unit, rather than temple by temple. This Council allowed them to see their way through one of the most violent periods in Japan’s history without taking up the sword themselves. Dr. Sherer has also published works on banditry and the history of Japanese conjuring.
Read Less 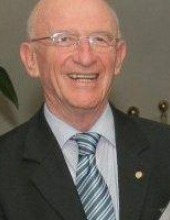 Prof. Ben-Ami Shillony is Professor Emeritus at the Hebrew University of Jerusalem, member of the Israel Academy of Sciences and Humanities, and honorary president of the Israeli Association of Japanese Studies.

Read More
After receiving his Master degree in history from the Hebrew University in 1965, he studied Japanese language in Tokyo, and received his Ph.D. degree from Princeton University in 1971. Since then he taught Japanese history and culture at the Hebrew University of Jerusalem until his retirement in 2006. He also taught, lectured and did research at the universities of Harvard, Berkeley, Tokyo, Oxford, Cambridge, and Colorado. In 2000 the Japanese emperor bestowed on him the Order of the Sacred Treasure, Gold and Silver Star. In 2013, his book The Secret of Japan's Strength (the Japanese version of his Hebrew book Yapan bemabat ishi) was awarded the prize of the best book promoting international cultural understanding in Japan. His main books are Revolt in Japan (Princeton University Press, 1973), Politics and Culture in Wartime Japan (Clarendon Press, 1981. Paperback edition Oxford University Press, 1991), Yapan hamesoratit: tarbut ve-historia (Schocken Publishing House, 1995. Revised and expanded edition, 2001), Yapan hamodernit: tarbut ve-historia (Schocken Publishing House, 1997.), The Jews and the Japanese, (Charles E. Tuttle, 1992), Collected Writings of Ben-Ami Shillony (Japan Library, Curzon Press, 2000) Enigma of the Emperors: Sacred Subservience in Japanese History (Global Oriental, 2005). ed., The Emperors of Modern Japan (Brill, 2008), Yapan bemabat ishi (Tel Aviv: Schocken Publishing House, 2011), ed., Critical Readings on the Emperors of Japan (Leiden: Brill, 2012).
Read Less