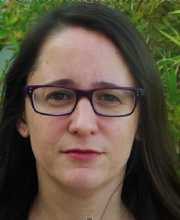 Chair of the Department of Asian Studies
5883577
orna.naftali@mail.huji.ac.il
Personal website

Research interests: Anthropology of modern and contemporary China, with a focus on children, youth, and education; women, gender, and the family; science and subjectivity; national identity, militarism, and the nation-state; globalization and the rise of the new middle classes in contemporary China.

I completed a BA in East Asian Studies with a China emphasis (The Hebrew University); an MA in Culture Research (Tel Aviv University); and an MA and a PhD in Anthropology (University of California, Santa Barbara [UCSB]). My work concerns a range of topics relating to children, youth and education in China, including: the globalization of Chinese education; the interplay between changes in notions and practices of childrearing and education and the emergence of new conceptualizations of play, privacy and subjectivity in China; the rise of child psychology in contemporary urban China; and the development of a new Chinese discourse on children's rights and children's citizenship, a topic which was the focus of my first book, Children, Rights, and Modernity in China: Raising Self-Governing Citizens (Palgrave Macmillan, 2014).

My latest book, Children in China (2016, China Today series, Polity Press), provides an overview of the dramatic changes that have taken place in the lives of rural and urban Chinese children since the launch of economic reforms in 1978. Covering schooling, consumption, identity formation processes, family and peer relations among other aspects of children’s lives, the book explores the rise of new ideas of child-care, child-vulnerability and child-agency; the impact of the One-Child Policy; and the emergence of children as independent consumers in the new market economy.  It also demonstrates how economic restructuring and the recent waves of rural–urban migration have produced starkly unequal conditions for children’s education and welfare both in the countryside and in the cities.

My current research projects include:

Teaching, Mentoring, and other activities:

In addition, I serve as an MA and PhD advisor, and am also in charge of the "China Studies High-School Project", an out-reach program which seeks to expose Israeli high-school students to topics in Chinese history, geography, society, culture, and language, through lectures and hands-on activities led by volunteer students at the Department of Asian Studies.