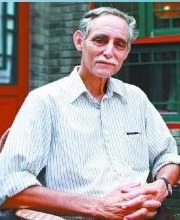 Duties: teacher of common branches, assigned to classes of newly

Graduate seminars on various specialized subjects in Chinese and

Sino-Judaic Institute, Board of Directors

Referee for fellowship and grant applications: National Endowment for the

Humanities, Committee for Scholarly Communication with the People’s

"Chinese Civilization: Change and Continuity, the T'ang," Student and Faculty

National Endowment for the Humanities, Fellowship for Independent Study and

American Council of Learned Societies, Grant for Research in Chinese

Committee on Scholarly Communication with the People's Republic of China,

National Academy of Sciences, National Program for Advanced Study and

The Chung-yung: new analysis of text and commentaries, and reappraisal of its

The Gongyang and Guyang commentarial traditions on the Chunqiu classic