Staff members in the Department of Asian Studies are currently engaged in a range of exciting research projects. Members of our staff employ a variety of methods and represent various disciplines, including history, religious studies, philosophy, literature, cultural studies, sociology and anthropology, archaeology, political science and international relations. Below is some information about the research projects our staff are currently working on:

Ideas, ideals, and values formed during these centuries shaped the political trajectory of the Chinese empire for millennia to come and some of them remain relevant well into our days. How these ideas were formed, debated, and modified, what was their transformative value and how they were adapted to the realities of pre-imperial and imperial ages are the questions Prof. Pines explores in most of his studies. His most recent project in this regard (ISF grant 511/11) was translation cum study of the Book of Lord Shang, one of the most controversial texts from early China. Visit here for a sample of related articles.

Prof. Pines's second research focus of is early Chinese historiography. Historical and quasi-historical texts created during the Springs-and-Autumns and the Warring States periods provide important clues to the political, social, economic, and military realities that shaped ideological choices of that age. But how reliable our sources are? To answer these questions we should ask: how were historical records produced, by whom, and for which audience? What were the goals of recording history and how were historical records used and abused in political controversies of that age? Prof. Pines's exploration of these topics started with the study of the Zuo zhuan 左傳—the largest and by far the most important historical text of pre-imperial era—and continues through analysis of other historical and quasi-historical texts. His current research (ISF grant 240/15) focuses on the unearthed historigraphical manuscripts from the state of Chu that shed a new light on our understanding of early Chinese history writing. For a sample of publications, see here and here.

Prof. Pines's third research interest is analyzing strengths and weaknesses of Chinese empire from a comparative perspective. Manifold similarities between Chinese empire and those of other large continental empires in Eurasia both in terms of challenges faced and in replies to these challenges are undeniable. How then Chinese empire did attain much higher longevity than any comparable polity worldwide and what was the price of this achievement? In his earlier studies, Prof. Pines emphasized the empire’s exceptional ideological prowess: its fundamental ideological orientations were shaped long before it was formed, and their hegemonic position was never challenged prior to the end of the 19th century. Currently Prof. Pines is participating in a collaborative project co-organized by Michal Biran, Eva Cancik-Kirschbaum, Jörg Rüpke and himself that focuses on a systematic analysis of Eurasian imperial entities. 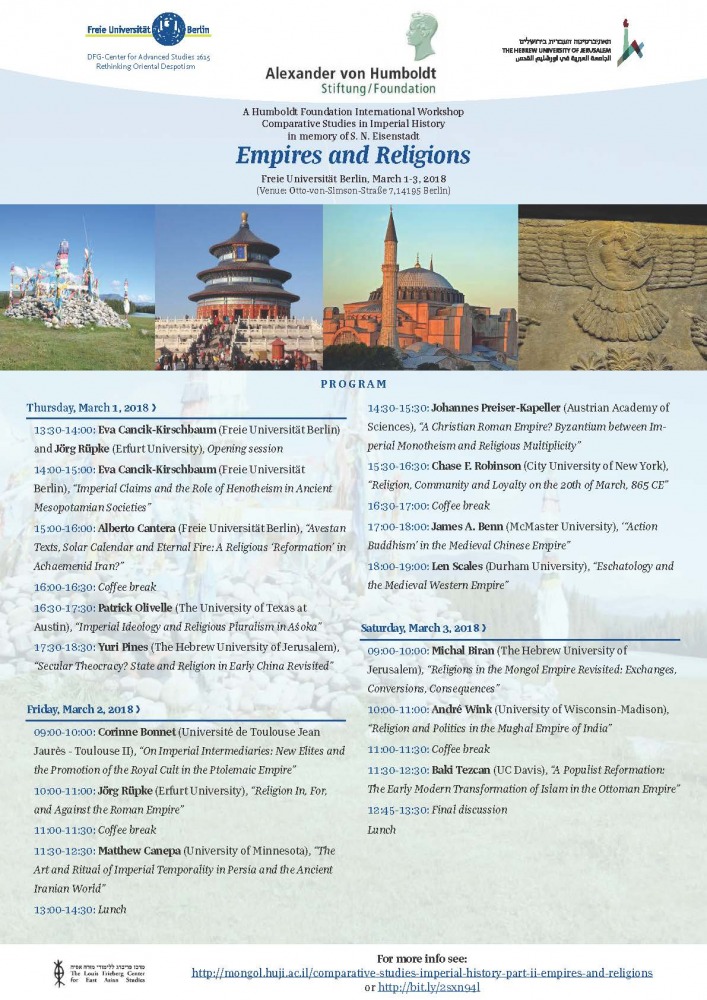 This long-term project is dedicated to the memory of Shmuel Noah Eisenstadt and organized by Michal Biran (HUJI), Eva Cancik-Kirschbaum (Freie Universität Berlin), Yuri Pines (HUJI) and Jӧrg Rüpke (Erfurt University). Funded by the Alexander von Humboldt Foundation, it brings together leading experts on various imperial enterprises as well as prominent comparative historians and sociologists, and aims to promote a systematic approach to imperial polities through exploring core issues, which were faced by all major continental empires in human history.

The first meeting (June 2015: All Under Heaven? The spatial Dimension of Empires: the) took placed in Eisenach, Germany and analyzes both practical and ideological factors that prompted or limited the empire’s expansion. A book based on this workshop is due to appear in Cambridge University Press. The second workshop (March 2018: Religions and Empires) took place in Berlin and dealt with the complex relationship between religions and empires, analyzing the role of religion as conferring legitimacy, inspiring institutions and law or as a source of opposition to the imperial institution. 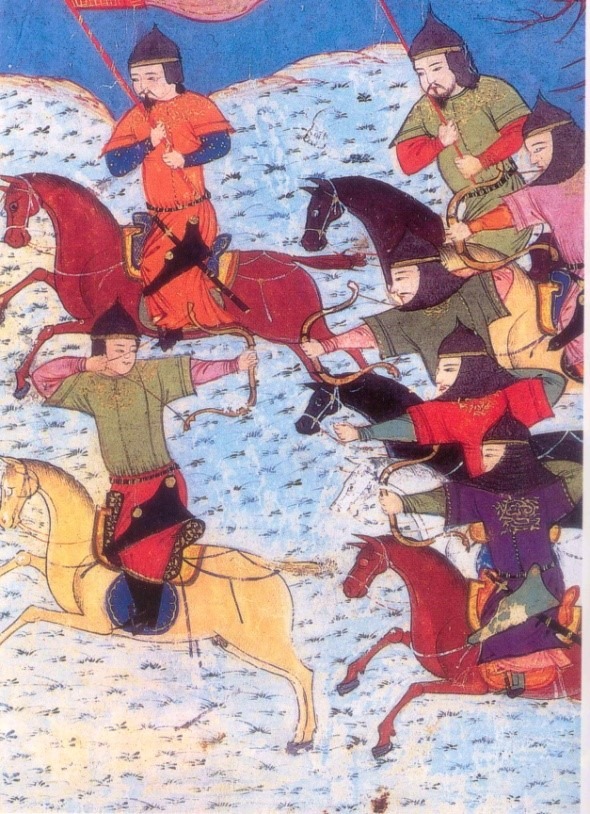 Prof. Michal Biran's the project seeks to explain why, how, when and to where people, ideas and artifacts moved in Mongol Eurasia, and what were the outcomes of these huge movements. Studying the Mongol Empire in its full Eurasian context, the project combines a world history perspective with close reading in a huge array of primary sources in various languages

Read More
(mainly Persian, Arabic and Chinese) and different historiographical traditions, and classifies the acquired information into a sophisticated prosopographical database, which records the individuals acting under Mongol rule in the 13th and 14th centuries. On the basis of this unique corpus, the project maps and analyzes mobility patterns, and the far-reaching effects that this mobility generated. More specifically, it analyzes modes of migrations in Mongol Eurasia; reconstructs the religious, scientific and commercial networks active both within and beyond the empire‘s frontiers; and scrutinizes the imperial institutions through the persons who manned them.

Dr. Jooyeon Rhee’s current research examines detective/crime fiction produced in colonial Korea. Focusing on the relationship between science and morality, crime and urbanization, Japanese militarism and various versions of Pan-Asian imaginations, Dr. Rhee explores these topics that are deeply associated with the formation of class, as well as racial and gender relations and discourses in colonial Korea.

This project’s main concerns are the underlying emotional and corporeal experiences of the colonized people expressed in detective/crimes fiction; it attempts to comprehend the political, social, and economic implications of criminal acts as embodied in the genre. 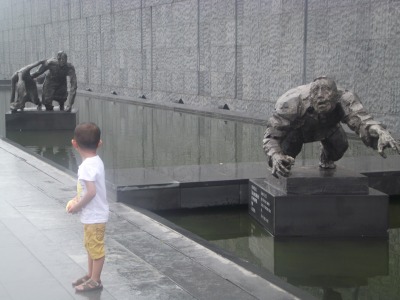 research focuses on childhood, youth, education and the nation-state in contemporary China. Her current project, 'War and the Military in Contemporary Chinese Education: The Effects of Schooling and the 'Patriotic Education' Campaign on the Attitudes of Middle-School Students toward Armed Conflict', examines how Chinese schools present the concept of war to students, and how students of different socioeconomic backgrounds in China respond to these school messages.

The study, which is supported by the Spencer Foundation, draws on textbooks analysis and interviews with middle school students (Grades 10-12) in Shanghai and Henan. Its results would deepen our understanding of the political goals of Chinese education, and supply empirical evidence regarding the implementation process of the Chinese government's Patriotic Education campaign and its effects on the attitudes of Han Chinese youth of different backgrounds.

A political scientist in training

He is currently working on two books on Japan’s cultural diplomacy in Asia in historical perspective, and a comparative between the development of the Korean and Japanese media industries and their expansion into markets abroad in the past three decades.