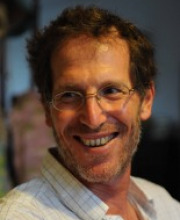 Prof. Gideon Shelach is the Louis Freiberg Professor of East Asian Studies and the Chair of the Institute of African and Asian Studies, the Hebrew University. He hold a Ph.D. in archaeology from the University of Pittsburgh and since 1995 he is conducting archaeological field works in Northeast China. Currently he is heading the Fuxin Regional Archaeological Project in Liaoning province. Gideon published 8 books and more than 60 papers in leading academic journals (including Science, Antiquity, Journal of Anthropological Archaeology,Journal of Archaeological Science, and more, including academic journals in China). Among his recent books are: The Archaeology of China: From Prehistory to the Han Dynasty (Cambridge University Press, 2015); Prehistoric Societies on the Northern Frontiers of China: Archaeological Perspectives on Identity Formation and Economic Change during the First Millennium BCE (Equinox, 2009); Chifeng International Collaborative Archaeological Project (co-author, Pittsburgh 2011), The Birth of Empire: The State of Qin revisited (co-editor, University of California Press 2013).